Turmeric- it’s worth the hype!

Turmeric has been around for centuries and is commonly used for its healing properties. You are probably familiar with this yellow spice as it is found in many cuisines from around the globe. Turmeric contains various powerful components, the most important of which is Curcumin. You can purchase turmeric as a packaged spice or as a whole root. Nurse Fiona believes Turmeric should be consumed daily to help achieve optimal health.

Curcumin has the ability to scavenge free radicals. It is also thought to have detoxification properties that may reduce the harmful effects of heavy metal build up in our systems (1).

The anti-inflammatory effect of curcumin is most likely due to its ability to inhibit important enzymes that promote inflammation (2). This ancient ingredient has been used as an alternative to painkillers, such as Ibuprofen.

Curcumin was shown by Cancer Research UK to prevent and reduce cancer cells. It has been used effectively in the treatment of breast, bowel, stomach and skin cancer (3). 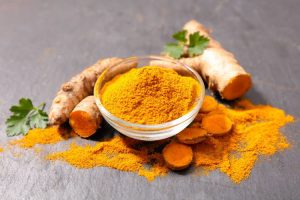 Multiple studies are showing that curcumin has potent anti-bacterial properties. One in particular concluded that curcumin acts similarly to a broad-spectrum antibiotic due to its ability to damage the membranes of pathogenic bacteria (4). It has also been shown to deactivate the flu virus, and help with fungal conditions such as candida (5).

A large systematic review concluded that curcumin could help to balance blood sugar levels. This medicinal ingredient may reduce the side effects of diabetes, including insulin resistance, hyperglycemia, hyperlipidemia, pancreatic dysfunction and necrosis (5)

How to add this super food to your everyday routine? 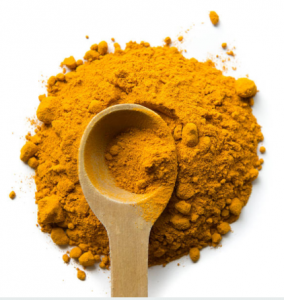 -Add a pinch of black pepper when using turmeric
Black pepper increases the absorption of curcumin. One study found that when 2g of curcumin were ingested, its serum levels were very low. However, when 20mg of piperine (the active ingredient in black pepper) was added to curcumin, the absorption increased by 2,000%. (6).
-Always opt for fresh turmeric. This can be found at @wholefoods @planetorganic or your local Asian supermarket
-If using fresh turmeric, you may want to wear gloves to avoid the yellow stain of skin 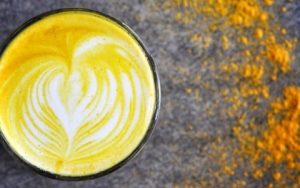 These cookies are necessary for the website to function and cannot be switched off in our systems. They are usually only set in response to actions made by you which amount to a request for services, such as setting your privacy preferences, logging in or filling in forms. You can set your browser to block or alert you about these cookies, but some parts of the site will not then work.